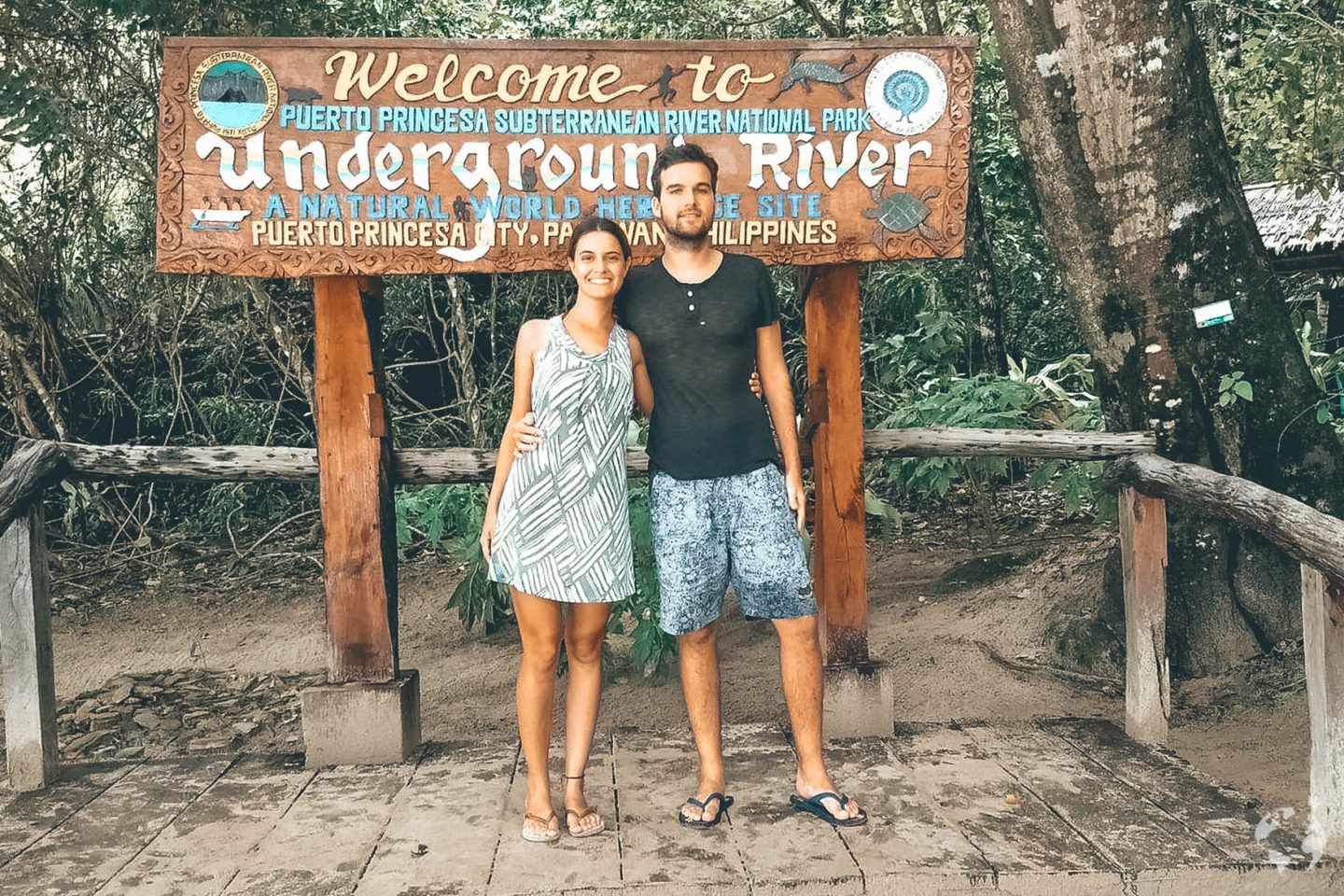 Our first approach to Palawan, Eastern Philippines, is at Puerto Princesa, capital city of the island, mostly known for its Underground River.

We take advantage once again of Cebu Pacific cheap fares to fly from Cebu to Puerto Princesa. When we land its already dark, the kind owner of our Dalindas Homestay came to pick us up and drive with his tricycle to his house.

There’s not much to do in the city, most visitors only stop here for one or two nights coming or getting to the airport and visiting the famous Underground River on a day-trip. That’s exactly what we came to do, so we immediately book our tour for the next day with the help of our homestay’s sweet owners.

In the morning our pick-up is around 8.30, it takes a couple of hours to reach the site: after the 70 km van ride to Sabang town, a boat takes us to the hidden bay where the river emerges into the sea. Depending on what time your tour gets to Sabang, you may have the included buffet lunch either before or after actually going to see the river. 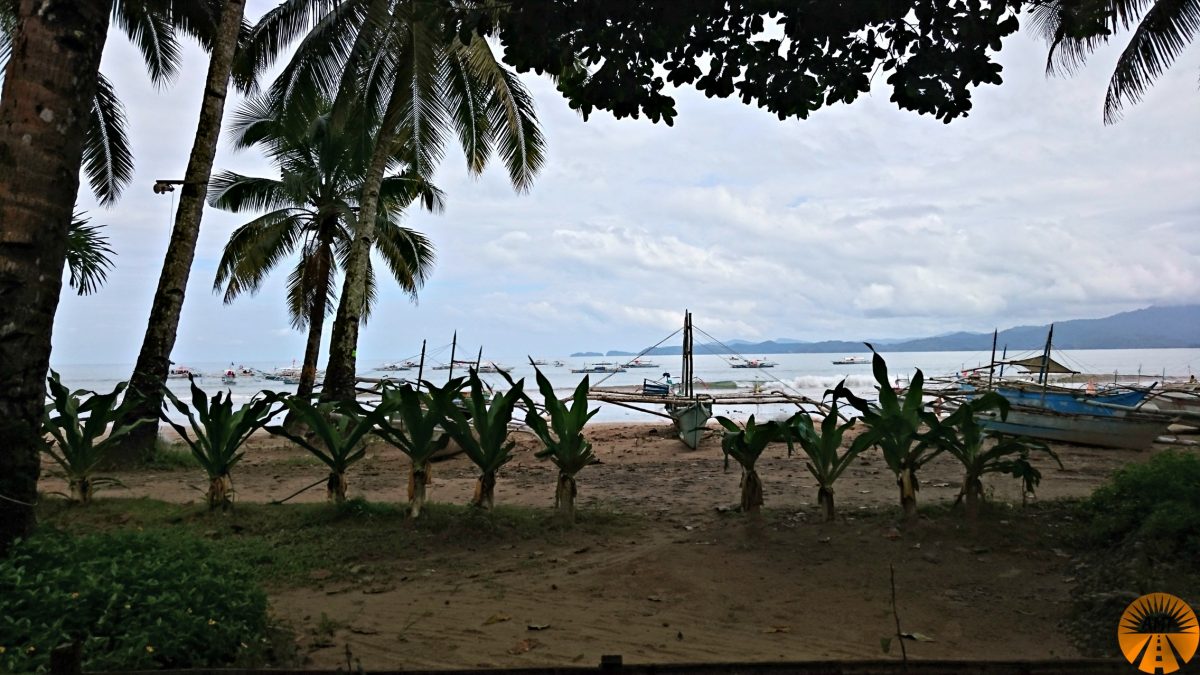 View on the sea from our buffet restaurant in Sabang

Puerto Princesa Underground River is a protected area part of the Unesco World Heritage Sites and it has also been included in the New Seven Wonders of Nature in 2011. The river is more than 8 km long, flowing through a 24 km long cave. The area is well organised, as all natural and tourist attractions in the Philippines: it is compulsory to write one’s name on the official manifest, and then check-out when leaving the area. Helmets and life-jackets are given to everybody. 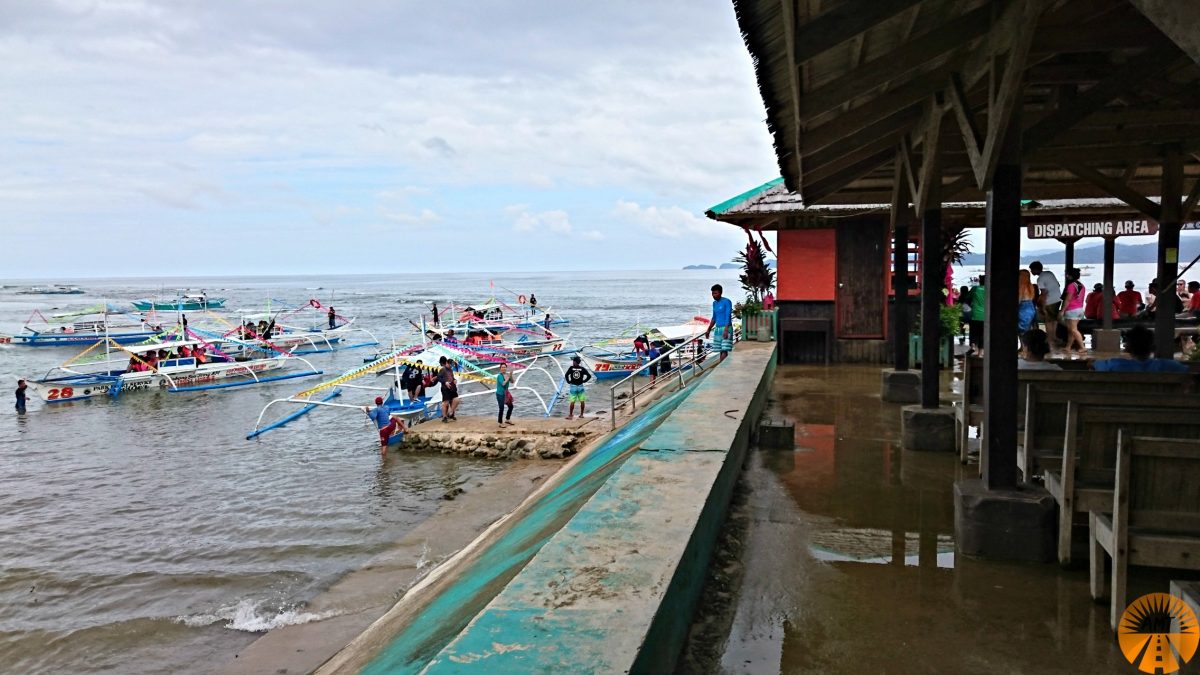 Small boats leave regularly, the skilled boatmen have lights with them to lead the way inside the cave. Depending on tides and traffic, the river is easier or harder to navigate, luckily autumn is a good period to visit as it’s not high season yet, the area must be super crowded by then. 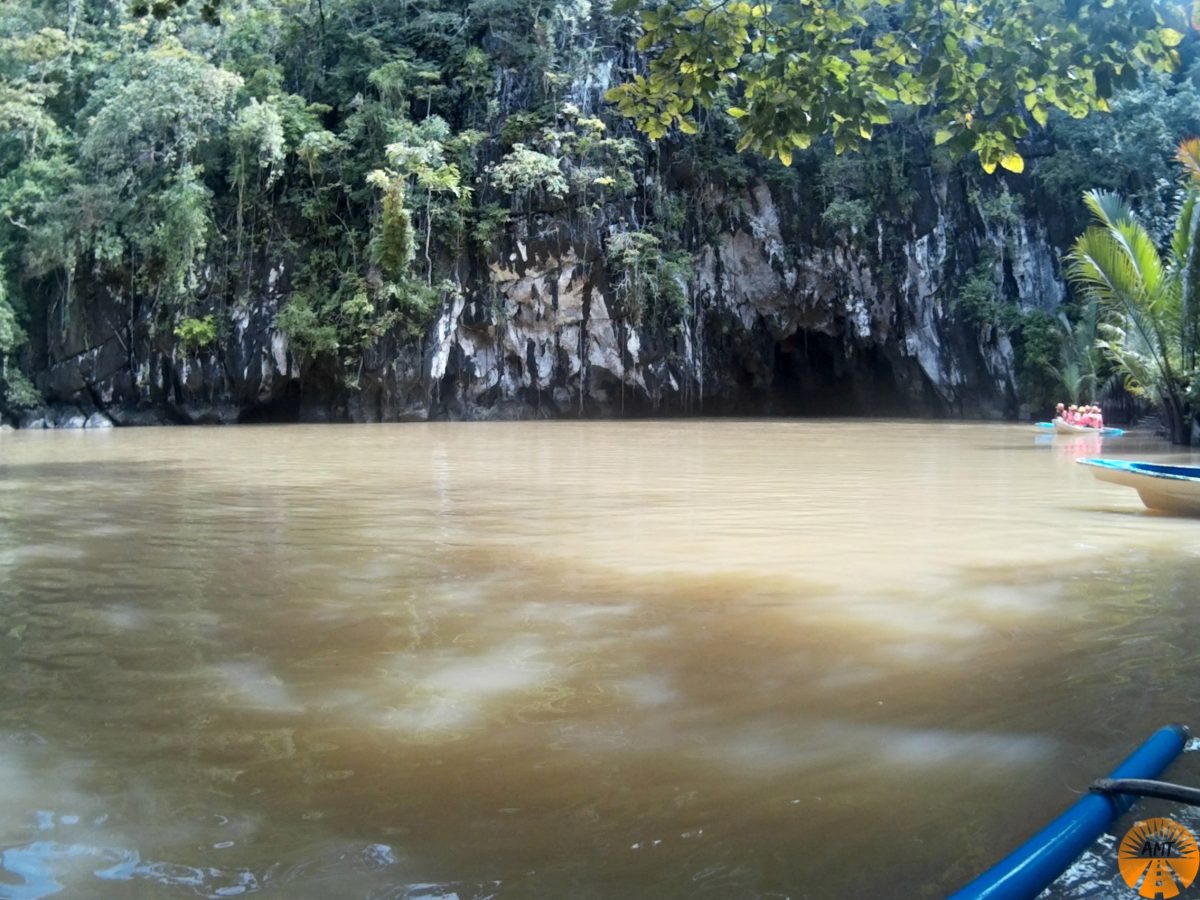 The entrance/exit of the Underground River. Water is brown due to a recent typhoon

Also, earphones are provided with a voice describing the formations inside the cave, so that no one has to speak and silence is respected. As a matter of fact, it’s cool to take off the earphones and hear nothing but water dropping and flowing in the dark.

Only 2 km are navigable, for a total of 4 km and a 40-minute sail. Speleologists are permitted to go further on high tides, and then continue on foot to cover the entire length. As the cave is very dark, it is basically impossible to take decent photos. The trip to Underground River is worth a go, the boat trip reaching the bay, the landscape and the formation of a subterranean river inside a cave are amazing, but in fact remember we are talking about a dark place, that doesn’t leave much to the sight but involves more the other senses, so don’t go there with too high expectations.

Of course this is what you get as a tourist on a day trip, but it is also possible to stay a few nights and explore the area in a better way, do some hiking, zip-lining, and appreciating the wildlife in the protected reserve just outside the river. A unique and unusual experience. 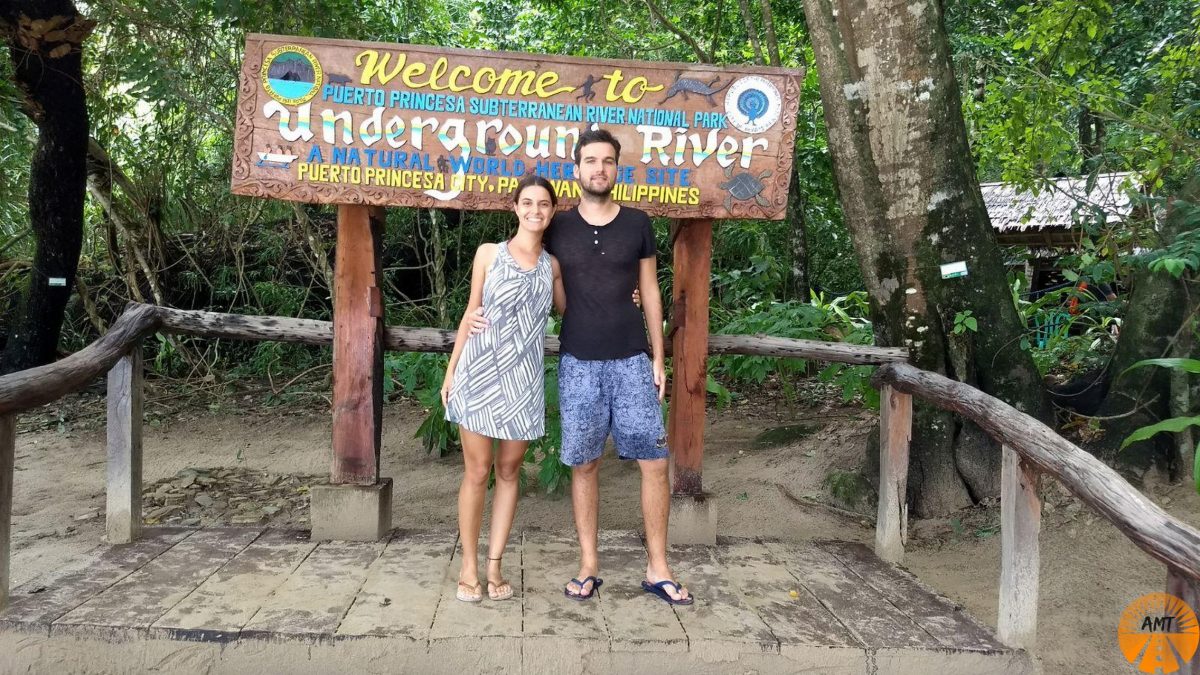 We get back around 5 pm, we just have time to collect our backpacks and hop on our van we booked last night to reach El Nido. Transfers between Puerto Princesa and El Nido run several times daily, operated by dozens of agencies spread around. It’s a 200-km trip, so last vans leave at 6 pm in order to reach the destination by 11 pm or midnight, depending on traffic and seasons. Finally we arrive in El Nido, North Palawan, and prepare now to explore this area we much heard about.