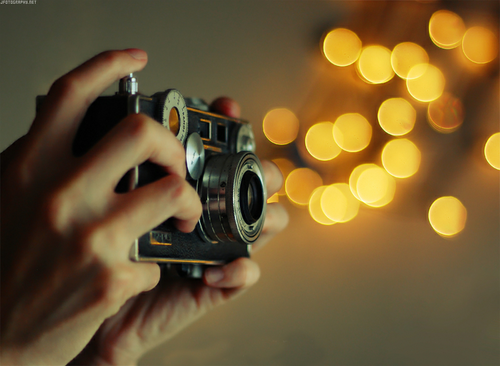 The Auto Mode of your camera can give good results, but if you want to have full control of how your shots will turn out, then you should go Manual. This mode will allow you to produce well composed shots and have a better understanding of how your camera works.

When shooting Manual you’ll have so many settings that things could get overwhelming and scare you off.
In this article we’ll make it simple and we’ll show you how by controlling 3 settings only, you’ll be able to apply the Manual Mode straight away!

So which are these 3 parameters? Aperture, Shutter Speed and ISO. The 3 of them regulate how much light enters the lens of your camera. The challenge is to combine them in order to get the best result.

The aperture is indicated in f/stops and is generally written in numbers such as f/1.4, f/2, f/2.8, f/4, f/5.6, f/8, f/11, f/16. Lower f/stops represent the wider apertures (brighter photo), whereas higher f/stops stand for narrower apertures (darker photo). It may sound contradictory at first but this image will make it clearer.

The Shutter Speed, or Exposure Time, represents the length of time the shutter is open and exposes the camera sensor to the light.

It’s measured in fractions of a second. For example, a shutter speed of 1/100 means 1/100th of a second, or 0.01 seconds. The lower the number, the slower the shutter speed is, and therefore the more light enters. On a bright day, you should probably choose a fast shutter speed, whilst if you’re shooting at night, you may want to opt for a slower shutter speed.

Keep in mind though, that if the subject moves while the shutter is open, the picture will be blurred. If you want to freeze the motion of a moving subject, the shutter speed needs to be faster than the motion itself.
On the contrary, set a slow shutter speed in case your intention is to capture the “motion blur” intentionally, in order to obtain effects like light trails, silky water, light painting, star trails, panning, etc.

ISO measures the sensitivity of the image sensor. The lower the ISO the less light enters the camera.

ISO can help you capture images in darker environments, or be more flexible about aperture and shutter speed settings. However, raising your ISO has consequences. A photo taken at too high of an ISO will show a lot of grain, also known as “noise”, and might not be usable.

The ISO value is expressed in numbers, usually starting from 100 up to 6400. To ensure the best outcome of a shot, it’s recommended to keep the ISO as low as possible.

At this point, you may be a little confused: aperture, shutter speed and ISO all regulate the brightness of a picture. So how to set them? It depends on what effect do you want to get and on the light conditions.
Let’s make some examples.

You need to shoot a portrait photo with subject on focus and blurred background: we learnt that a wide aperture creates this effect. When using a wider aperture (low f/stop) more light is entering the lens and so the shutter doesn’t need to stay open that long to give a correct exposure. Therefore you can set a faster shutter speed.

Another example. You’d like to create the silky water effect. You have to set a slow shutter speed, allowing more light to enter the lens. As a consequence you’ll have to set a narrow aperture (high f/stop) to balance the brightness out and avoid an overexposed (too bright) picture.

Or, you may need to keep your ISO as low as possible, so you can set aperture and shutter speed accordingly to have a correct exposition.

If you want to know what photography gear we use, read our related post here.