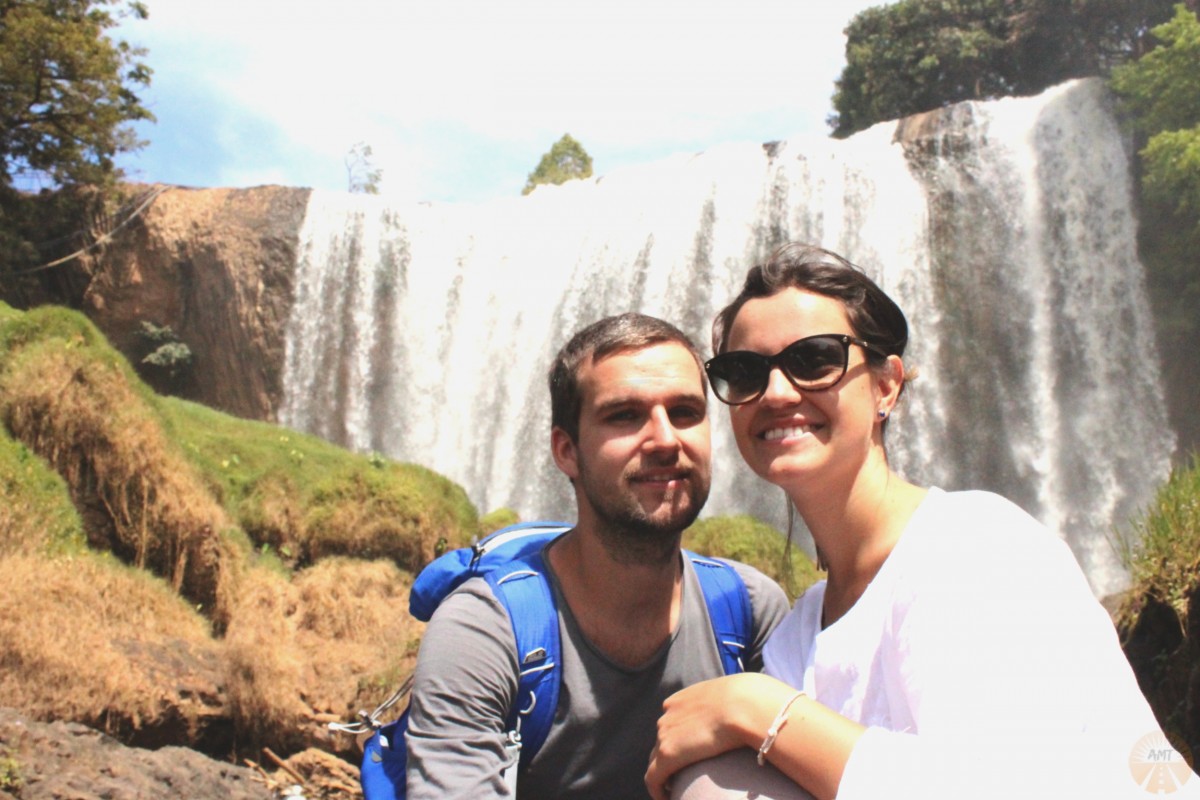 Our next stop is far from the muggy heat of South Vietnam, in the interior area of Dalat highlands.

The 6.30 train takes us outside Ho Chi Minh City, riding through canals, already busy markets, streets covered by scooters. We sit on the wooden benches in our “hard seat” coach and we immediately get all passengers’ eyes on us, being the only westerns aboard. Despite the train being modest and very cheap, we got really positively surprised by the absolutely flawless service: a ticket inspector handing out to every single person a small package with water, pastry and a sanitary napkin, way better than many European trains!

Our accomodation is right in between the crowded Mui Ne and Phan Thiet, but literally right in the middle of nowhere. It’s Tet night, new moon year’s eve, but being tired and the celebrations mostly private, we fall asleep before midnight. We will find out later that Tet is more a long festivity at least one week long, rather than a party-night like our new year’s eve.

Undecided wether to go straight to Nha Trang or stop in Dalat, we choose the second one. And it’s definetely worth. Dalat faces the highlands at 1500m of altitude. Walking around the lake full of swan-shaped boats, we get by the train station, the oldest in the whole Vietnam, today used only for a short touristic ride.

Striked by the variety of hikes available in the nearby areas, we decide to stop for 2 nights and rent a scooter to search the surroundings. Our first stage is a much advertised old silk factory now in disuse, free to visit. Interesting to view the machinery and the silk cocoons, but a better maintenance and a demonstration would have been more useful.

Not much far, we park our scooter in one of the many parking lots improvised by the owners of small businesses around the attractions (they jump in front of you and make gestures to try and make you follow their instructions). We walk down a path, crossing small bridges, climbing some rocks until we find ourselves at the base of the mighty Elephant Falls: after getting some refreshment, we go back riding along the hairpin turns and the green stretches of coffee plantations: a multitude of amazing sights.

We try to ride back to Dalat via alternate roads, still deceived that streets marked on Google Maps are actually accessible here (Eddie has learned from his dad to pick arduous secondary ways rather than the main ones, too easy!). Apart from a few bigger roads, the others are generally narrow and dirt tracks. So we end up lost in a labyrinth of trails, among holes, cultivated fields, different animals, until the flooding river blocks our way! And we have to ride all the paths back, with Ambra enjoying the ride very much…

Luckily by night we find a table in one of the best restaurants around, which we had already pointed at the day before, in vain. “Da Quy”, outstanding and absolutely recommended.

The day after we leave by bus at 1pm: a crazy ride downhill towards Nha Trang, back to the coast! 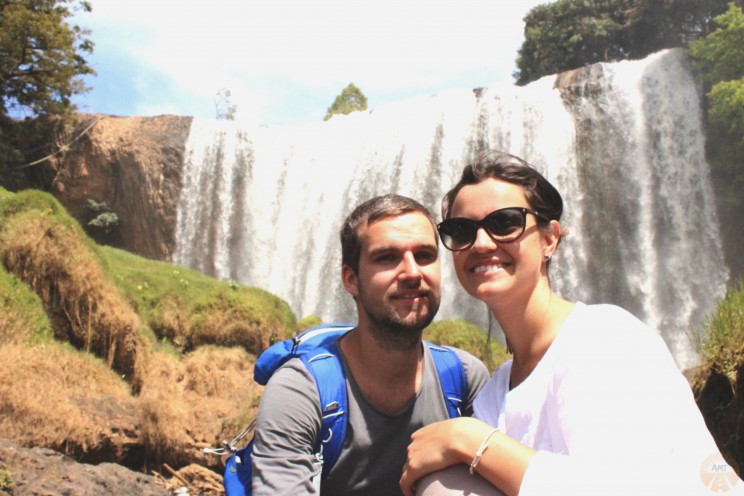